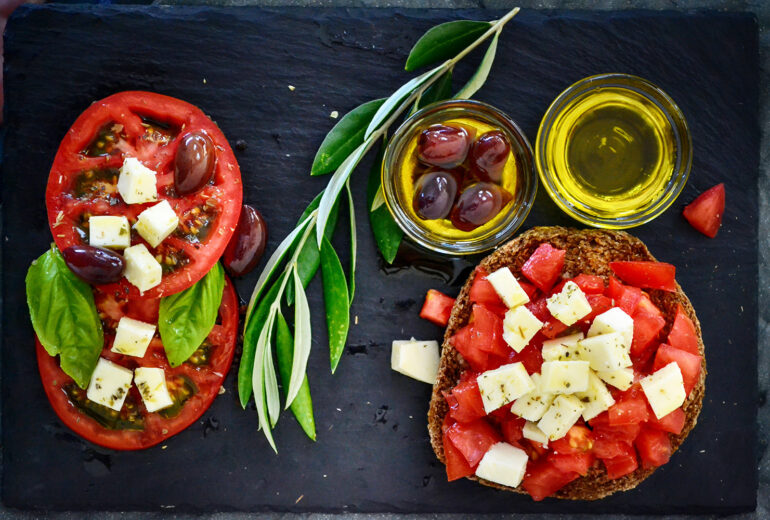 Every meal should be based on products from this group.

Women who follow a Mediterranean diet have higher chances of getting pregnant after receiving fertility treatment, as a study by the Erasmus MC, University Medical Centre in Rotterdam suggests.

Researchers have found that among the 161 couples that were treated for infertility in the University Medical Centre, women that closely adhered to the traditional Mediterranean diet were 40% more likely to get pregnant compared to those who followed a least like the Mediterranean diet. According to the researchers, while the study does not offer solid proof that the Mediterranean diet increases the possibility of a pregnancy, the findings indicate it contributes to a successful fertility treatment.

The researchers also explored the impact of a so called “health conscious” diet, rich in fruit, whole grains, vegetables, legumes and fish and “poor” in meat, in the success assisted reproduction. Between the two diet plans the Mediterranean diet prevailed regarding the success of fertility treatment.

The Mediterranean and “health conscious” diets are quite similar, however the former’s superiority seems to relate to the emphasis given on the intake of vegetable oils. The omega-6 fatty acids in these oils, according to the Dutch scientists, are “precursors” to the prostaglandins, hormone like substances involved in women’s menstrual cycle, ovulation and the continuation of a pregnancy.

Moreover the study demonstrated that the vitamin B6 levels were higher in women that followed the Mediterranean diet. This builds on the findings of a previous study that showed that intake of B6 increased the chances of conceptions in women that had difficulty in getting pregnant.

Interested in learning the latest IVF news in Greece? Stay tuned to our blog for more.